You're Not High Enough on Terry McLaurin

AHHH, year three. Third year breakout wide receivers are a coveted asset. Some require faith and optimism, but others are just staring you right in the face. Terry McLaurin is the latter. Some will say he “broke out” in his rookie season with a top-30 finish while following it up with a top-20 finish in 2020. They might not have the faith that there is much more upside to come but I say he is only scratching the surface. There is real, top-5 upside for the young Washington wide out.

ELITE ATHLETE
The first thing to look at going into a third year is how McLaurin’s physical abilities have transferred to the NFL level. All signs point to a stud playmaker with an elite skillset. He has average size for an NFL wide receiver at 6’0’’, 210 pounds but adds a 4.35-second 40-yard dash that puts him in the 98th percentile according to Player Profiler. He used his quickness exceptionally well to beat man, zone and press coverage almost three-quarters of the time. Not only is he fast but he can climb the ladder too. His vertical of 37.5 inches helped him lead the NFL in contested catches in his rookie season. That number dropped significantly in 2020 due to atrocious quarterback play.

So we know he can transform that elite athleticism into production on the field but he’s also tough and stays on the field. He’s only missed two games in two years. In 2019 it was a hamstring strain and 2020 was a high ankle sprain. Not to mention he played through another high ankle sprain and no one even really noticed. Now we have a package of elite skill and superior toughness, that’s how consistent producers are made.

TARGET HOG
Fantasy Football’s magic formula is Talent + Opportunity = Success. We know he has the talent. He has already seen an amazing 227 targets in his first two years amassing 145 receptions for 2,037 yards and 11 touchdowns in that span. In 2020, among wide receivers, he was top-10 in:

However, not all chances are created equal and Scary Terry had to deal with some awful opportunities. His yards per target ranked 52nd, yards per route run ranked 31st, catchable target rate ranked 75th, and target quality ranked 69th. This was all thanks to the ugly combination of Alex Smith, Dwayne Haskins, Kyle Allen and Taylor Heinicke. It’s amazing what he’s been able to do with downright trash at quarterback. Now Ryan Fitzpatrick steps in and McLaurin gets the best quarterback he’s ever played with. 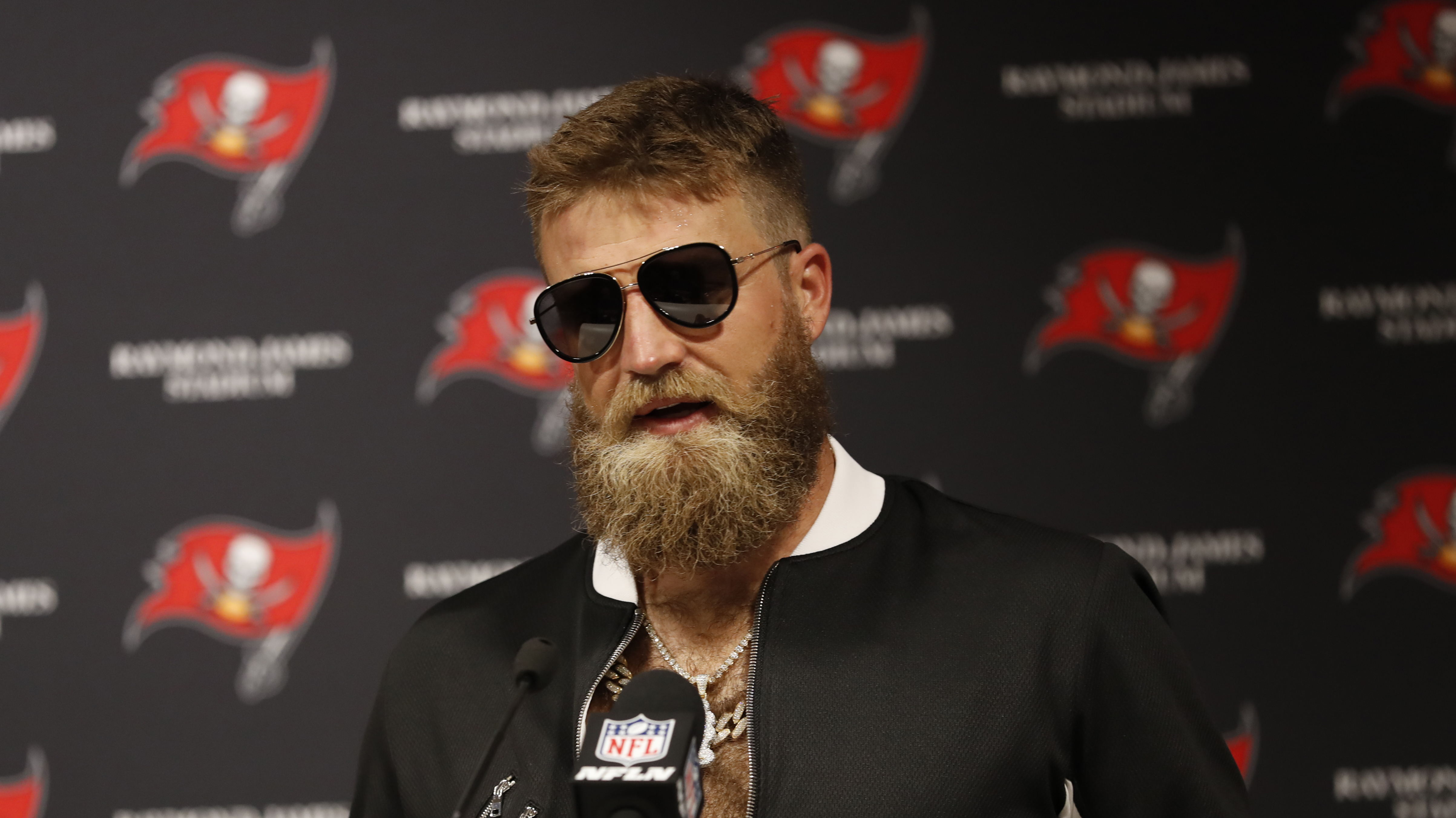 BRING ON THE BEARD
Who doesn’t love Ryan Fitzpatrick? The epitome of journeyman and one of the best beards in sports history. He is also a dream come true for number one receivers in fantasy. He absolutely locks on to his number one receiver and just lets them make plays. Devante Parker and Mike Evans averaged, on a per game basis; 8 targets, 10 yards per target and 16 yards per reception, in the last three years as Fitz’s number ones. In half of the games during that span, his number one receiver saw double-digit targets. He’s done this everywhere, with guys like T.J. Houshmandzadeh, Stevie Johnson, Andre Johnson and Brandon Marshall. These guys were averaging 140 targets, 85 receptions, just over 1,000 receiving yards and eight touchdowns. That would have been around WR15 in 2020. None of those guys, except for Brandon Marshall, are at the level McLaurin is at today. Fitzpatrick brings a willingness to take shots downfield and elite deep ball accuracy with a proven record of elevating alpha receivers, fantasy gold.

BUT WHAT ABOUT…
There some valid “concerns” with projecting Terry McLaurin to become at top-five, top-10 wide receiver. Will Fitzpatrick be the starter the whole season? We’ve seen McLaurin overcome bad quarterbacks before, so the floor is there. What if the running backs are more involved in the passing game? J.D. McKissic isn’t seeing 110 targets again now that Alex Smith has retired. Antonio Gibson could see more targets but not enough to threaten McLaurin. Why did WFT bring in Curtis Samuel? They needed a number two who is an actual threat, something WFT and McLaurin have never truly had. This should open the field for everyone. Will he take red zone work from Logan Thomas? Both Thomas and McLaurin were utilized at about the same rate in the red zone in 2020, with a 24.6% and 23.3% target share respectively. The only difference was Thomas caught more of them. One would think with better accuracy, Terry comes down with a few more this year.

2021 EXPECTATIONS
With McLaurin’s elite skill set and Fitzpatrick’s playing style, we could very well see a top-5 performance from Scary Terry. I expect his targets to be around the 150 mark and his yardage up near 1,300 yards. His touchdown percentage should return closer to his rookie season (12%) and put him in double-digits. According to UNDERDOG ADP, he is currently being drafted as WR13 and 34th overall. I would be absolutely thrilled with drafting him as my WR1 in the third round while loading up on running backs or snagging one of those elite tight ends.

Eric Derr is a cruise and travel industry expert by day and a fantasy football thinker all the time.  He has been playing fantasy football for over 15 years and wants to take that collective experience and turn it into words of wisdom for the community. He helped launch Black Hat Fantasy in April 2020 with that single goal in mind.